Inclusive churches are becoming more common now but where can you host a gay wedding in church? Which denominations support same-sex marriage? Find out here. 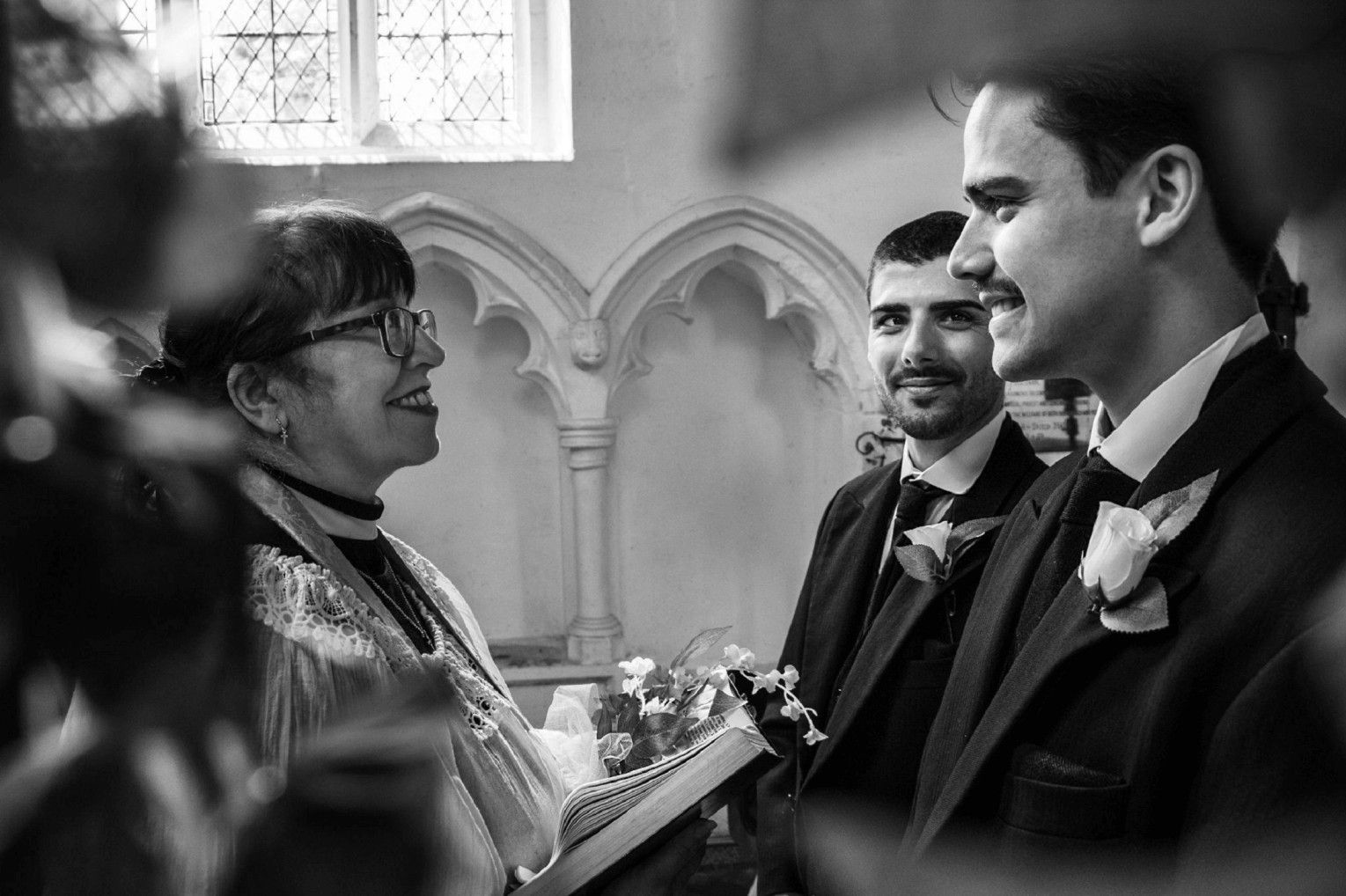 In the U.S. alone there are more than 200 denominations of Christianity and an estimated 380,000 churches.

That’s a lot of potential wedding venues, but often only if you fall into the traditionally accepted hetereosexual couple category.

Over the last few decades more realms of Christianity have come to see the light, and are more inclusive to same-sex couples. However, there are still a large number of religious restrictions.

History of Gay Marriage in the U.S

On the 26th of June 2005 the U.S supreme court made same-sex marriage legal in all 50 states which was a celebratory achievement. It is important to remember that the first official lawsuits requesting recognition of same-sex relationships started as early as the 1970s.

In the early 1950’s ONE magazine published a cover on homosexual marriage which post officials detained whilst they worked to establish whether it was too obscene for the public.

This was a long fight for equality that still rages on in many cultures and religions today. In Yemen for example there is still laws against homosexuality that result in imprisonment or even death. 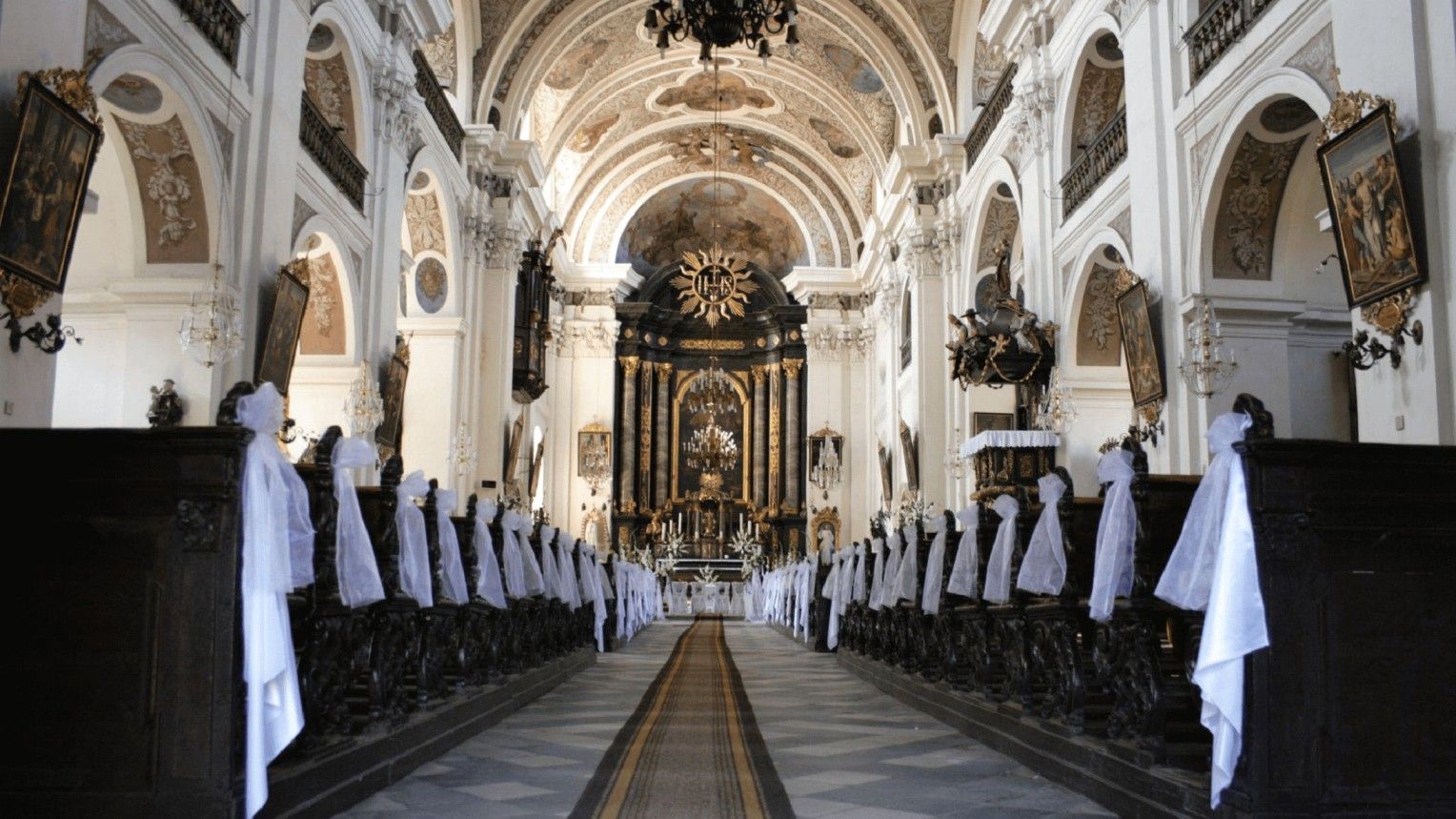 Which Churches can Gay People get Married in?

Marriage is a cause for celebration. Even more so for same-sex couples who have actively fought to their right to marry legally, but as we know there are still a large number of churches who don’t allow same-sex marriages to this day.

There are a whole host of churches who welcome everyone with open arms regardless of race, sexuality or culture in the US.

The inclusive churches include.

In June 2003 the Anglicans appointed their first openly gay bishop which caused a crisis in the community. This started the ripples that would ultimately lead to the Episcopal church removing the definition of marriage as being solely between a man and woman in 2015. Since then transgender priests have also been widely accepted in the Anglican corner of Christianity.

Baptist churches are a little more separated with each congregation determining their individual position. The Association of Welcoming and Affirming Baptits are committed to advocating for the full inclusion of lesbian, gay, bisexual and transgender people within the churches. Gay weddings fully welcomed here.

Whereas the Cooperative Baptist Fellowship can sway either way. With one of their core values being “We believe in the autonomy of every local church. We believe Baptist churches are free, under the Lordship of Christ, to determine their membership and leadership, to order their worship and work, to ordain whomever they perceive as gifted for ministry, and to participate as they deem appropriate in the larger body of Christ”, they allow each church to determine where they stand on inclusion.

The American National Catholic Church allows women and gay individuals to receive holy orders and they recognise same-sex marriage. Unlike the Roman Catholic denominations they are fully inclusive and perform gay marriages.

In August 2009, the Evangelical Lutheran Church voted to let congregations call and ordain gays and lesbians in commiteed monogamous relationships to be people of the clergy.

Blessings of same-sex marriages have been allowed since 2009 but it was only in 2015 when same-sex marriage was legalized did the presiding bishop allowing each congregation to choose to either marry or not marry gay couples. Also in 2015, the first transgender pastor was ordained.

According to a survey by Pew Research, the majority of United Methodist churches in the US supports the inclusion of gay people. 60% advocate for homosexuality to be accepted by society whilst only 40% support same-sex marriage. In 2018 there was an option to allow each congregation to choose where it stood on same-sex marriage but it never came to fruition. Later, in early 2020 there were discussions about splitting the church because they couldn’t agree where they stood on same-sex marriage. You can however currently receive premarital counseling, prayers, homily at the wedding or scripture reading if you are entering into a same-sex marriage.

Pentacostal churches are LGBT-affirming. They do not believe that it is a sin to be homosexual, bisexual or transgender.

Gay Apostolic Pentecostals have been active since 1980 when they first began to organize separately from the mainline churches for the purpose of inclusivity.

The Reformed Church has always been backwards in coming forwards. They have been adamant against homosexuality within their religion, going as far as it label it a ‘sickness’ and a ‘sin’.

In 2021, they finally allowed congregations to make their own polices on LGBTQ clergy and same-sex marriage with churches deeply rooted either side.

The Importance of Religion

Sociological studies over the years have shown that when the individuals entering the marriage value religion that they enjoy greater stability and higher levels of satisfaction. Christians believe that God is part of their marriage and provides greater meaning to the commitment they make.

Gay weddings in churches are becoming more popular because more congregations are becoming inclusive. Every child of God should have the right to marry when they see fit, whether it is in a church, a garden, a beach or a stately home so that they might have the same religious grounding in their marriage as anyone else.

Once you find the church for you, the next step is to find the photographer. You want to source a quality photographer who gets to know you and your partner. A professional who identifies the nuances in your relationship and captures that for you to celebrate forever.

If you need to find a wonderfully talented photographer who fits your aesthetic, take the free quiz on Wedmatch, we have just the person for you!