The average cost of an engagement in the US

Weddings didn’t evolve into such elaborate affairs until the 1820s. At that point that meant that the wedding dress was owned not borrowed, there was a floral arrangement and a cake…things have escalated ever so slightly since. 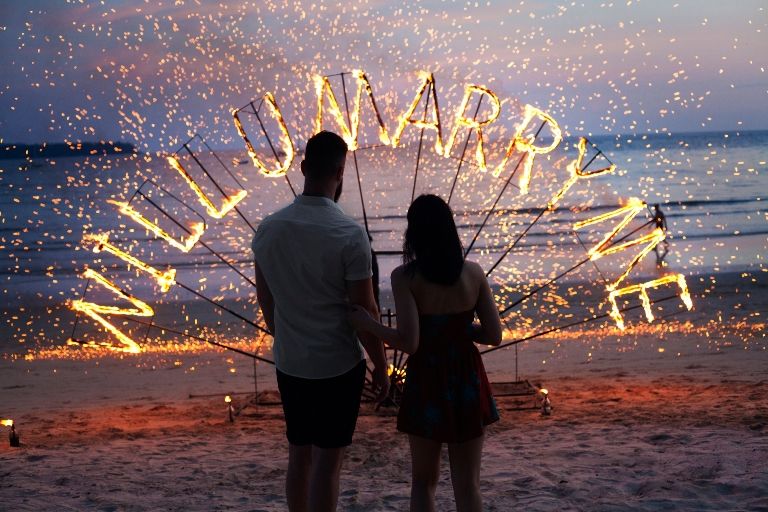 Which country hosts the most expensive weddings?

According to Statista, the US spends the most on weddings on average. Followed by Spain, Italy and Canada. 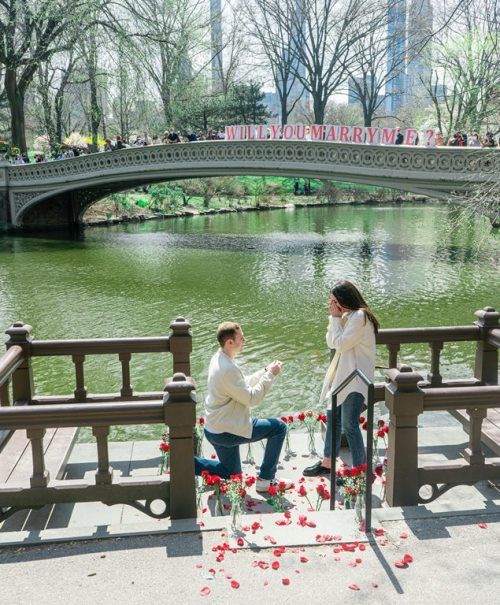 We all know that weddings carry high expectations and higher price tags particularly due to all the varying moving parts that need to come together for the extravaganza.

ValuePenguin has found that the most expensive items on the list are:

This doesn’t take into account the average cost of an engagement ring at $5,500.

Nowadays the engagement is much heavier on the pocket than it used to be.

Wedmatch collated information to uncover the average cost of an engagement in the US and found the following:

Why are engagements so expensive?

Getting engaged is a pivotal moment in your life as an adult. You are making the decision to spend your life committed to your person. It’s up there with graduating, getting your dream job and starting a family.

But the commitment part doesn’t cost more than your time and heart.

So what is making engagements so costly?

Expectation has a lot to answer for when it comes to hiking up the price tag on an engagement. Starting with the ring.

The general rule has always been that you should spend 2 to 3 months salary on an engagement ring. When this standard is set, people go to insane lengths to ensure their chosen one has exactly what they deserve. Even if it means getting into debt for it.

Estate Diamond Jewelry have over 30 years of experience in the market and their take is that the ring budget should be tailored to suit each couple and their lifestyle. Their budget calculator asks questions such as; ‘what type of lifestyle do you have’ and ‘do you have existing debt’ to help couples find a budget that suits them rather than one that suits ill considered expectation.

Wedding planners have always had a place in the wedding day lead up, but what about proposal planners? They are popping up everywhere with companies such as The Heart Bandits claiming to have planned over 4000 proposals over the last decade.

If asking your partner to be your spouse requires hiring a professional planner then your sweet gesture is automatically fuelled up to be a big event.

Doing it for the gram

#shesaidyes has been tagged almost 6 million times, #engaged is home to over 17 million posts and #engagementshoot has over 1 million posts.

Instagram is home to life events we want to share. The BBC found that “42% of couples said they felt under pressure to have a social media-ready wedding and a quarter said they were willing to go over budget in order to achieve an "Instaworthy" day”.

The same rules apply for an engagement with the pressure being put on the proposer to consider everything in preparation for the perfect announcement post.

It has become such a common part of the proceedings that there are tips online to ensure you share your news in the best possible way. These include things like; let your family and friends know first etc.

In 2020, Wedding Wire discovered that:

Families are usually well intentioned, but they can get so excited about the big moment that without meaning to they get far too involved.

How many times do couples who are dating get asked “so when you are tying the knot?”. This pressure adds to the anticipation of the proposal, because people are waiting and they are watching.

Once the big question has been popped and answered, there is a flurry of celebration and questions such as; how did they do it? Can we see the ring? Have you set a date? 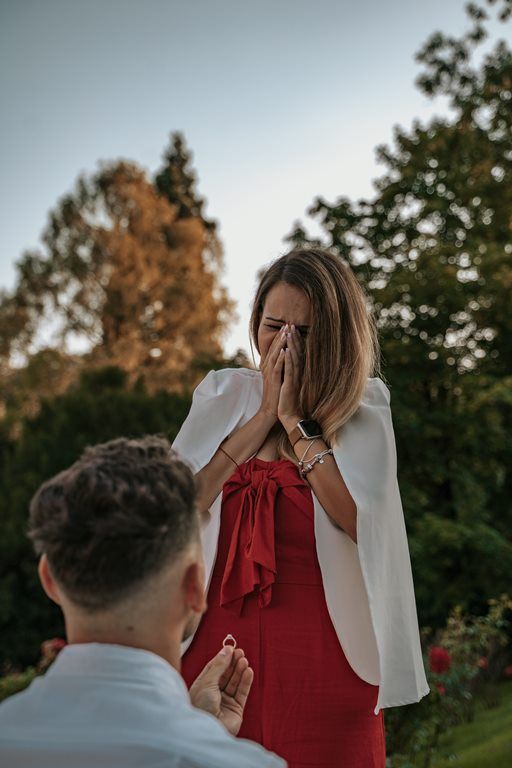 What is the most popular proposal?

According to Instagram, the most popular places to propose in the US are:

How to Know When to Propose

A solid marriage is made up of the following:

These are the core pillars to consider. On timing, 1-3 years is a normal relationship period pre proposing but what matters more than that is whether you feel in your heart, soul and gut that you’ve found your person. Another critical point is that you both want and are ready for marriage.

Once you have no doubt in your mind that they are who you want to be with for eternity, then it’s a safe bet that you’re ready to propose.

Whether you’re spending a fortune on a flash mob of 100 or getting down on one knee over your morning coffee at home - it’s the person you’re asking that matters more than anything else.